Is Rockville Moving Towards or Away from Transparency?

This week the City of Rockville responsed to my complaint that the City held nearly two dozen meetings last year without documenting their decisions and sharing them with the public. Among my complaints was that the Board of Supervisors of Elections failed to post minutes on a regular basis since March 11, 2015 and the Mayor and Council failed to post minutes of a closed Executive Session on January 25, 2015.

The City approved most of the missing minutes last week, which meant that it’s taken more than a year to provide minutes for some meetings. (If you watched the March 21 Council meeting, you probably didn’t notice it because it was part of the Consent Agenda and approved with no discussion.)  That’s probably unacceptable under Maryland’s Open Meetings Act, which requires that minutes be provided “as soon as practicable.” The issue is now in the hands of Open Meetings Compliance Board, who is expected to announce their opinion next month. Although the Board doesn’t have the ability to compel the City to follow the law, it is incredibly embarrassing because it publicly and independently confirms that the City isn’t meeting openly and transparently, which is the basis for a genuine democracy.

2015 Campaign Finance Reports Shows Plenty of Holes in the System 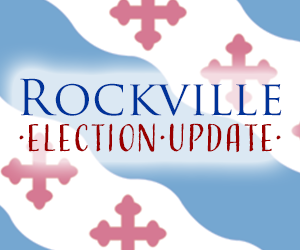 January 15, 2016 was the deadline for the latest financial reports for the 2015 campaign for Mayor and Council in Rockville, which covers the week before the November 3 election through the end of the year. Although this includes the hottest period of the campaign, it’s also assumed to be the quietest financially because most contributions and expenses have already been made. For the 2015 campaign, however, that short period represented 19 percent of the revenues and 38 percent of the expenditures so it wasn’t a fallow period.

More than $17,000 in contributions arrived in candidates’ bank accounts after October 26, including last-minute donations between candidates and from planning commissioners, creating a few more connections that weren’t apparent earlier. Expenses exceeded $60,000, most of it concentrated in the mayoral race between Bridget Newton and Sima Osdoby and the council campaign of Richard Gottfried.  Gottfried spent an additional $9,715 for a campaign total of nearly $50,000—by comparison, the other Council candidates spent an average of $6,812 and mayoral candidates averaged $25,416.

For the 2015 Mayor and Council race, the eleven candidates raised $88,615 and spent $161,550 in total.  The averages in this election are thrown off by Gottfried’s extraordinary campaign, so if we exclude him and the mayoral race (which is always much higher), the average amount raised by Council candidates was END_OF_DOCUMENT_TOKEN_TO_BE_REPLACED

This heat map of “early voters” in 2015 shows where they lived in Rockville.

For the first time in over twenty years, the City of Rockville offered early voting for the  Mayor and Council election.  Over the weekend of October 24 and 25, 613 residents voted ahead of November 3rd’s Election Day–that’s nearly ten percent of the people who voted in the 2013 election. Saturday was slightly busier than Sunday, but Saturday’s numbers kept falling throughout the day.  The first hour of the first day of Early Voting was the busiest with 75 people and Council candidate Brigitta Mullican cast the first vote.

Early voting attracted residents from throughout the city, although there was a bit more activity from downtown and the West End, as can be seen in the heat map (blue being lowest to red being highest).  Neighborhoods much further away, such as Montrose, Falls Grove, Twinbrook, and King Farm, participated significantly as well.  Anecdotal reports from poll workers suggests that these voters had firmly decided on their candidates, which suggests that Election Day will mostly consist of the undecided.

Early voting, however, also introduced the County’s new voting machines, which were unable to accommodate the entire list of nine candidates for council on one screen. Candidates Patrick Schoof and Clark Reed were placed on a second separate screen, which could have been overlooked by voters.  Whether this will affect their outcomes is unknown at this time, but Rockville elections can be very close.  In 2013, out of 6,685 ballots cast, Virginia Onley and Tom Moore were separated by 28 votes (0.4% of the total) and Beryl Feinberg and Don Hadley by 88 votes (1.2%; Mrs. Feinberg was elected, Mr. Hadley was not).  Both Mr. Schoof and Mr. Reed have filed complaints with the Board of Supervisors of Elections.  These voting machines won’t be used on November 3, which will eliminate that potential problem, but it does make one wonder why the same process wasn’t used throughout the entire Mayor and Council election to remove as many variables as possible.  Indeed, the November 3 ballots will require voters to fill the bubbles properly to be counted, which could affect seniors who are unfamiliar with Scantron-like forms.  Let’s hope this Rockville election isn’t a repeat of Florida’s 2000 presidential election.

Armed with campaign finance reports from October 1 and 26, 2015 for the eleven candidates for Rockville’s Mayor and Council, I examined candidate’s claims about independence and the planning commission’s claim they are not political. Throughout this election season, several candidates emphasized their independence, positing it as an alternative to Team Rockville. Team Rockville is a campaign committee composed of Sima Osdoby for Mayor and Virginia Onley, Julie Palakovich Carr, Mark Pierzchala, and Clark Reed for Council who have publicly stated a shared vision for Rockville and that they are supporting each other and pooling resources (disclosure: I am the chair of Team Rockville). Examining the financial contributions among these candidates shows END_OF_DOCUMENT_TOKEN_TO_BE_REPLACED

Has the Revised APFS Launched a Thousand Houses? 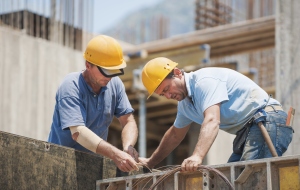 For some voters, the Adequate Public Facilities Standards (APFS) serve as a litmus test for candidates for the upcoming Mayor and Council election on November 3.  This past year the Rockville City Council debated revisions to the APFS, including a change in school capacity from 110% to 120% to match the county’s standards.  Development must meet these Standards, unless they receive a waiver from the City, and went into effect on June 1, 2015 (among other changes to the APFS) with the support of Councilmembers Moore, Onley, and Palakovich Carr and over the objections of Mayor Newton and Councilmember Feinberg.  At the Rockville Chamber of Commerce Forum on October 7, several candidates stated their opinions on these new Standards, with Richard Gottfried and Patrick Schoof stating they would overturn them if elected; Brigitta Mullican stating that we need to get out of this discussion because the City has no control over schools; and Mark Pierzchala noting that the APFO failed to prevent school overcrowding and that the city needs a new approach focused at the county level.  Beryl Feinberg confirmed her opposition to the APFS changes and went into detail by stating:

As many of you are aware, I voted against the APFO and the weakening of those standards. I believe we have to have an adequate infrastructure. That infrastructure is not only for schools but it is also for transportation, public safety, fire, and water and sewer services. I voted against it because in my view we can have development but it was the developers who were really for the adequate public facilities changing. What we have seen since the change has been an influx of almost one thousand different units from different developers coming through the pipeline without really concerning adequate infrastructure, notably in transportation. One area has been along Wooton Parkway where 102 are proposed for the Rockshire community* as well as an EYA proposal off Preserve Parkway with about 350 units.** Both of those will be on Wooton Parkway.

Her claim of “an influx of almost one thousand different units” since June 1, 2015 caught my ears. By coincidence, the city staff completed a study for the Planning Commission on October 7 (same day as the forum) that summarized residential development activity since the modifications to the APFS on June 1, 2015. It turns out that Feinberg’s claims are   END_OF_DOCUMENT_TOKEN_TO_BE_REPLACED

Last Friday was the deadline for submitting petitions to be on the ballot for Mayor and Council, so the election season has officially begun in Rockville.  Candidates that will appear on the November 3, 2015 ballot are:

This year’s election is more important than in previous years because terms have doubled from two to four years.  That means if a councilmember turns out to be a ding-dong, you’ll have to wait much longer to vote him or her out of office.  Your vote is more significant than ever this time around.