Is Rockville Mayor Exploiting Loophole to Keep Friends on Board?

Is political patronage motivating Mayor Bridget Newton to exploit a loophole in the law to keep friends on influential city boards and commissions, or is it merely bungling?  Right now more than half of the Planning Commission is serving on expired terms and one commissioner’s term expired more than a year ago—and it’s hard to figure out the reason.

The city code (Chapter 1, Article III) states that “Boards and commissions shall consist of members that may include alternate members, appointed by the Mayor subject to confirmation by the Council” and that “Each member shall serve for the term set by law or resolution or until a successor takes office.”  But what happens when the Mayor is unwilling or unable to appoint a successor? It’s created an unfortunate loophole for good government. If these members vacated their seats when their terms expired, the Planning Commission would now be unable to conduct business.  Instead, they’ve continued to serve for months, but in the process have secured a silent appointment to a board without the approval of Mayor and Council.

The Mayor and Council is well aware of vacancies years before they expire, so this clogged situation could only be a result of: END_OF_DOCUMENT_TOKEN_TO_BE_REPLACED

Armed with campaign finance reports from October 1 and 26, 2015 for the eleven candidates for Rockville’s Mayor and Council, I examined candidate’s claims about independence and the planning commission’s claim they are not political. Throughout this election season, several candidates emphasized their independence, positing it as an alternative to Team Rockville. Team Rockville is a campaign committee composed of Sima Osdoby for Mayor and Virginia Onley, Julie Palakovich Carr, Mark Pierzchala, and Clark Reed for Council who have publicly stated a shared vision for Rockville and that they are supporting each other and pooling resources (disclosure: I am the chair of Team Rockville). Examining the financial contributions among these candidates shows END_OF_DOCUMENT_TOKEN_TO_BE_REPLACED

Last Friday was the deadline for submitting petitions to be on the ballot for Mayor and Council, so the election season has officially begun in Rockville.  Candidates that will appear on the November 3, 2015 ballot are:

This year’s election is more important than in previous years because terms have doubled from two to four years.  That means if a councilmember turns out to be a ding-dong, you’ll have to wait much longer to vote him or her out of office.  Your vote is more significant than ever this time around.

The Rockville Pike Plan Is Out of Control 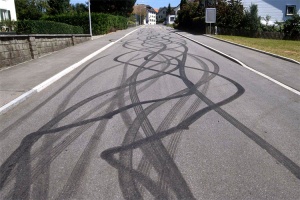 When the Rockville Mayor and Council set out to update the 1989 Rockville Pike Plan in 2007, Apple released the first iPhone and the New Horizons space probe was passing Saturn.  In 2015, Apple is working on the iPhone 6s and New Horizons just passed Pluto–but the Rockville Pike Plan is still incomplete. It’s a complex area but something is definitely wrong with the planning process in the City of Rockville if it takes eight years to revise a plan for an area of 410 acres.  What happens when Rockville tackles the Comprehensive Plan for the 14 square miles of the City of Rockville?  Will it meet the state deadline to update that plan every ten years?

When you look at the timeline for the project, it’s pretty clear that the Pike Plan is languishing with the Planning Commission.   A closer looks shows they’ve held six public hearings, 32 work sessions, and formed two sub-committees and they’re still not done.  In contrast, the Mayor and Council have held five public hearings and one work session.  Looks like the Planning Commission is suffering from “paralysis by analysis.”