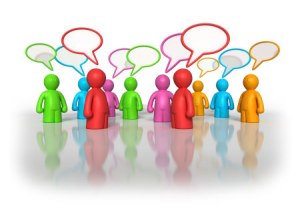 Tonight at 7:30 pm in the Social Hall of the F. Scott Fitzgerald Theater (that’s behind the theater in Civic Center Park), the Rockville Community Coalition will hold its Forum to help voters choose the next Mayor and City Council.   This is the first of seven Forums planned this election season, each held in different locations and hosted by different organizations.  If you arrive a few minutes early, you’ll have an opportunity to suggest questions to the moderator.  You can also watch it at home on Rockville Channel 11 or streamed live at RockvilleMD.gov. It’ll also be available on Rockville’s YouTube Channel for later viewing.

The election season has just started and so have the shenanigans.  This Forum may not have occurred had Drew Powell had his way.  Last Tuesday, September 26, he filed a complaint with the City of Rockville claiming that the Rockville Community Coalition was not an independent organization because I served on its board and as the campaign chair for Mark Pierzchala, thus there was a conflict of interest and a violation of city policy.  When Powell met with the Board of Supervisors of Elections at their regular meeting a few hours later, he discovered that I had resigned from the board of the Rockville Community Coalition in March 2013 when I became more actively involved in the city election to avoid any appearance of a conflict of interest.

Had I been doing both, there may have been grounds to complain about a conflict of interest, but he’d have to explain how I could affect the outcomes of the Forums.  Rockville is a small town. The election is not until November but I can already guess which candidates will have signs in the yards of nearly everyone that’s hosting a Forum. That doesn’t mean these groups should be disqualified because the process is fair–every candidate is treated equally and every resident votes independently.  Indeed, if Powell was concerned about fairness and conflicts of interest, he would have also filed a complaint about the Forum hosted by the West End Citizens Association (WECA) because Dennis Cain serves as treasurer for both WECA and  Bridget Newton’s campaign for mayor.

But he didn’t–and that reveals his actions are motivated by politics, not ethics.  He could have easily cleared this up by asking me privately, but instead he chose to make his biased accusations in public.  That’s not unusual for Powell but it continues to be disappointing.   He’s a big fan of Mayor Phyllis Marcuccio, Councilmember Bridget Newton, and Council candidate Claire Marcuccio Whitaker as they are of him, but unfortunately he’s taken his convictions to an extreme, willing to do anything to win.   That’s dangerous, because you quickly lose your bearings and begin to see the world in extremes (sound familiar, Congress?).

Let’s see how the rest of the campaign season goes. I’ll keep you posted on any politically motivated mischief as it happens.  Wouldn’t it be nice to have a fair and clean election in Rockville this time that’s about issues, not politics?