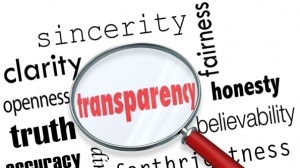 We have concluded that the [Mayor and] Council and the Elections Board did not timely adopt meeting minutes for meetings in 2015, and we have noted that the City will be adding staff to enable these public bodies to do that more quickly.  We have also concluded that the Elections Board’s practice of providing notice through its agendas did not always convey the required information reasonably in advance of each meeting.

All “public bodies” in Maryland, which includes most state, county, city, school, and other boards and commissions, should “hold their meetings in public, to give the public adequate notice of those meetings, and to allow the public to inspect meetings minutes” in order to “increase the public’s faith in government, ensure the accountability of government to the public, and enhance the public’s ability to participate effectively in our democracy.”

I’ve noted the inconsistency of minutes for city boards and commissions previously and it’s received attention at times by the City, but with the truly awful delays with the Board of Supervisors of Elections during an election year in 2015 (by the end of the year, missing minutes stretched back to March), I felt I needed to END_OF_DOCUMENT_TOKEN_TO_BE_REPLACED

Today’s Peerless Rockville Brunch at Glenview Mansion was packed with lots of members, friends, residents, and community leaders.  Mayor Marcuccio was joined by Rockville City Councilmembers Bridget Newton, Mark Pierzchala, and Tom Moore; Montgomery County Council by Phil Andrews and Hans Riemer; Maryland State Delegate Kumar Barve and Luis Simmons; and Maryland State Senator Jennie Forehand.  Everyone was generous with their potluck dish and I regretfully made it to the dessert table long after Brigitta Mullican’s famous Christmas cookies had been devoured.  During the presentation, Peerless Rockville noted the important achievement of this last year was the designation of Glenview as an city landmark and that this year they’ll be focusing on simplifying the historic designation process in the city.